Eric Lanel, President of GWP, Inc Advertising, has won many awards in the advertising industry, including several top honors from The Telly Awards. In 2019, Eric viewed the contest from a new perspective: he became a judge in the TV commercial category.

“They reached out because we’ve won Telly Awards over the past dozen years. One of the reasons I like them is that we don’t always win,” Lanel laughs. “They get over 12,000 entries from all around the world. The Telly’s are competitive. They’ve been around for forty years, and it is an achievement to win a Telly. I was honored to be asked to judge this year.”

All judges on The Telly Awards Judging Council have previously won the Telly Awards’ highest accolade. As winners they demonstrate expertise in the categories they review.

Lanel took dozens of pages of notes. “I had to create my own criteria and my own standard. It’s was a scale from 1-10. The question was what is a “great spot?” Only one spot a ten! Not only was it good strategically, well made and enjoyable by its target audience, they also used a few tricks that I was so impressed by that I actually showed it to my DP! I said check this out – look how they did this! So the fact that it made me want to share it internally, I gave it a ten!”

He likes the fact that the Telly’s strive to recognize accomplishment by producers with moderate or low budgets for advertising. “Budget commercials are one of the judging categories – they recognize that a low budget spot isn’t going to compete against bigger budgets,” Lanel explains. “Part of the interesting thing in entering is I’m looking to make sure that people recognize the quality of the commercial. I want that the work will still be successful even with that lower budget. It’s important – from ideation through editing, delivering what you promised to your client, and delivering your best work with real intention.”

“Budget aside, making quality ‘stories’ matters a lot to me. I think it’s an incredible way – with this reactive ROI world that we live in, to market a company. I love the idea of smart branding, and getting top-of-mind awareness when people aren’t really looking for it. Television and video still give that opportunity in a powerful way.”

“A TV commercial has to align with the client’s branding goals, and must always have a strategy to reach the target. The acting, the filming, the editing all have to really work harmoniously. Additionally, post-production has to have that same level of quality. Sound design, the coloring and effects can look like they cost a million bucks even if they didn’t. And then on top of all that there’s often something unique, something that feels spontaneous with a creative energy that you can feel through the screen.”

Every job at GWP, Inc. Advertising is rigorously prepared and planned for. However, he always goes back to that extra something. “We are always storyboarded and on the same page as our client in every detail. But sometimes great stuff comes in the moment.”

Lanel goes on to say, “You know, talent does that – there’s a lot of opportunities that come out on set. I remember one spot we did, during the lunch break, the actress was casually telling me about a quirky, funny dance she can do, and I said – ‘awesome – let’s try that on-camera.’ So after lunch we did a few takes that way. And of course, it scored really well. We actually did some testing before we brought it out, and that version with the dance scored through the roof. It was so much fun. I’m a firm believer that when you keep your eyes and ears open in the moment, you capture those invaluable, unexpected opportunities.”

Eric Lanel is the founder and President of GWP Inc. The most recent commercials he has directed include regional campaigns for Atlantic Health System, Air Group, and Wayne Tile. Lanel’s recent video work is featured on the websites and social media for such national clients as Mecho Shades and Azek. 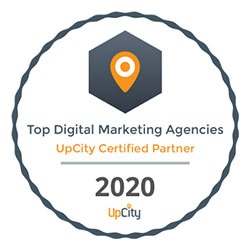